Recently, colored diamonds or “fancy diamonds” have become the fashion for those who can afford them.  Many jewelers in Louisiana have experienced an increased demand for colored diamonds over the more traditional pure white diamond.

“A thing of beauty is a joy forever” – Keats

In order of rarity of the fancy diamonds, the red diamond is the rarest and often considered “priceless.” It is followed by the pink, blue, orange, green yellow and brown.  Black diamonds are not truly black; scads of  dark inclusions give them their dark appearance.

Following the reds, pink diamonds are among the rarest and most valued diamonds. Mined almost exclusively at the Argyle Diamond mine in Australia since only 1983, rare Pink Vivid diamonds attract 20 times the price of an equivalent white diamond.  In 1985, the Argyle pink diamonds were sold individually only at high profile “tender” auctions.

Defects or impurities are the cause of diamonds developing their coveted coloration. The introduction of nitrogen creates the yellow and brown diamonds. Boron causes diamonds to become blue. Radiation exposure creates green, purple, pink, orange and red diamonds. According to diamond specialists, diamonds with these defects are beginning to hold their value longer than the traditional colorless diamond.

In 1878 Charles Lewis Tiffany purchased a rough 287.42 carat deep yellow diamond found in the Kimberely mines of South Africa. The following year he sent the diamond to Paris where it was cut to a 128.54 carat, 90 faceted cushion cut design diamond. Named the Tiffany Yellow Diamond, it remains one of the world’s largest and fanciest yellow diamonds. In 1983, the diamond’s estimated worth was $12 million.

In 2008, the Wittelsbach Diamond, a 31.06-carat blue diamond once belonging to the King of Spain, fetched $24 million at a Christie’s auction.

The 198.28 carat fancy brown diamond found in 1963 was cut into a 104.12 carat pear-shaped diamond. It is  a rich golden-brown, with overtones of sienna and burnt orange as is the color of the flower of its namesake.

The 45.52 carat diamond originated as the Blue Tavernier, a 112 carat diamond cut down to 67.50 carats by King Louis XIV to bring out its brilliance. The diamond was stolen during the French Revolution, and a smaller stone of similar color emerged in 1830. It was sold to Henry Thomas Hope, an English Banker. When Hope’s son inherited the diamond, he lost his fortune. Tragedy has struck every owner of the diamond since. It is now on display at the Smithsonian.

One of the largest diamonds in the world, it is a 182-carat rare pale pink tabular free-form cut diamond and is part of the collection of the Iranian crown jewels. It was mined at the Golconda mine in India.

The fancy red-brown Edcora Red Diamond is a modified 5.71 carat, pear shaped diamond, known as the largest red diamond in the world. It is currently owned by a diamond company in Hong Kong. The second largest fancy red diamond, the Moussaieff, originally called the Red Shield, was cut in the mid 1990’s from a 13.9 carat rough diamond to a 5.11 carat diamond. It is cut into a triangular trilliant cut and was sold to the Moussaieff Jewelers LTD. sometime in 2001 or 2002.  The red diamonds are expected to double in price within the next 3 or 4 years. Many jewelers have never seen a red diamond.

Once included in the Russian Crown Jewels, the Ashburg cushion shaped amber or dark brown-yellowish diamond is believed to have been mined in South Africa. It weighs 102.48 carats and was sold in 1934 to a Mr. Olof Ashburg, a leading Stockholm banker. It was sold by Olof Aschburg in 1959 to an anomymous private buyer.

In May 1981, the diamond came up for sale at a Christies auction in Geneva, but failed to reach it’s reserve and was withdrawn.

The Incomperable is the largest diamond ever offered for public sale. It is a smokey brownish-yellow diamond and the third largest diamond ever cut. It was found in it’s  rough state weighing 890 carats by a youing girl playing in a pile of rubble outside her uncle’s house in the Democratic Republic of Congo, Africa. It was sold to Donald Zale and Louis Glick, and was unveiled in 1984. After fours years of examing the huge diamond, it was cut into a shield-shaped 531 carat stone. The diamond rendered 14 fragments which were cut into perfect stones. In 1988, it was offered at Christie’s in London. A record bid of $12 million was placed, but the reserve of $20 million was not met. Then offered on Ebay for $15 million. The stone remained unsold. It is still owned by Louis Glick.

Currently, the largest faceted diamond in the world, the Jubilee was found in the rough at 755.5 carats at the Primere blue ground mine in South Africa. in 1985 it was cut down to its current weight of 545.67 carats. It was originally consider an “ugly duckling” and was used by DeBeers for the purpose of testing special tools and cutting procedures. It was purchased by a group from Thailand and is located in the Royal Thai Palace as part of the crown jewels.

A rare 24.78 carat pink diamond, it is known as “one of the greatest diamonds ever discovered.” Mounted in a ring, it was sold by Sotheby’s auctioneers in Geneva in November, 2010 for $46 million, becoming the most expensive single jewel sold at auction.

The Leviev Fancy Vivid Yellow Diamond is a very rare piece that is being offered by the Leviev Extrodinary Diamonds for $10 million. “Fancy Vivid” is the highest rating a colored stone can get, and was found by diamond tycoon Lev Leviev while digging in his own diamond mines. The stone is a 77.12 carat diamond. It hangs from a strand of 72.58 carats of white diamonds.

Since naturally colored diamonds may be cost prohibitive to most, gemologist have developed ways to create them less expensively — They grow synthetic diamonds, which are real diamonds, from carbon inside labratories instead of hundreds of miles underground. They start by taking an undesirable pale brown or yellow diamond, and add just the right amount of impurities and radiation to the diamonds.  The results are vibrant colored stones or about any shade inbetween. The synthetics large enough to be produced into jewelry started being produced in 2004. According to experts, it is almost impossible to tell the difference between the two and certified gemologists must use scientific testing equipment in order to declare the difference. 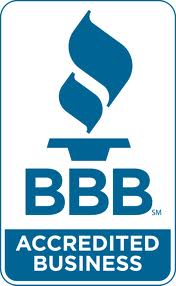